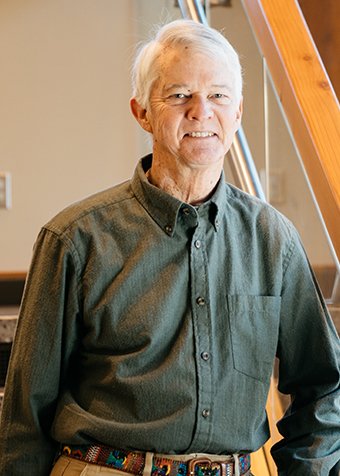 Strode Weaver and his wife Judy have been residents of Leavenworth since moving here from Denver in 2013, following their retirement. He joined the CMF board soon after and has served in the roles of vice chair and chair during his tenure.

Strode grew up in Missouri and spent his professional career working in hospital administration in AZ, WA and CO. His final position prior to retirement was Executive Director of Cancer Services at the University of CO Medical Center. His college education includes undergraduate and graduate degrees in business and hospital administration. Strode is a Navy veteran.

He and Judy have been married for over 52 years, have 3 married children and 6 grandchildren.